Apple’s making a smartwatch. By now that’s a foregone conclusion. What we don’t know, though, is what an iWatch will be. Although the people who are making it might offer us some clues.

It’s Monday morning. Time to get up for work. But there are no ear-splitting klaxons in your room to usher you back into workaday hell with with their digital screams, just a gentle pulsing at your wrist.

You slept well. Eight hours straight through like a log, according to the morning roundup on your watch screen. It’s a good time for a reminder about your lunch date at noon, too. Also you’re only 300 steps away from your monthly goal. Don’t skip out on your morning run.

Keen on fitness trackers? So is Apple, and you can bet your step-counting ass that their influence will show up in whatever Apple whips up for your wrist. Specifically, you can expect to see shades of the (still iOS-exclusive) Nike FuelBand.

Tim Cook is a fan. Not only does he wear one, he also sits on Nike’s board. It’s a bit of a conflict of interest really, although that’s not your problem. All it means for you is that Apple and Nike are probably on similar pages, especially considering Apple’s also recently hired fitness expert Jay Blahnik, who worked closely with Nike on its Nike+ Running app and consulted on the FuelBand proper.

But that’s just the baseline. Apple also recently hired bona fide sleep scientist Ron Raymann, who’s doubtlessly helping figure out the iWatch’s nighttime abilities. It seems likely that Cupertino would try to borrow from neat little toys like the sleep-tracking un-alarm clock Lark, while adding a few tricks of its own. As 9-to-5 Mac points out, Raymann has done a lot of research into drug-free sleep modification. What’s better than a gadget that tells you if you aren’t sleeping well enough? One that can actually help you figure out how to sleep better, without being so gigantic that the bulk alone keeps you up.

You rub your eyes and start your shuffle to the kitchen when your happy wrist-friend buzzes you again. Your blood sugar’s a little low. You should probably go eat some breakfast. Don’t skip it; you have a bad habit of doing that on Monday mornings.

On your way back from a morning run, you slow to a trot and glance at your wrist. The length of your run, heart rate, and calories burned flash across the screen in quick succession, compared to your averages that have been collecting for months now. Your average speed is going way up, and your peak heart rate’s leveling off just nicely. You’re getting more fit every morning, and you’ve got the stats to prove it.

Step-tracking, sleep monitoring; all of that is still relatively standard fare for fitness wearables. Maybe you can’t get the best pedometer plus sleep tracking plus social experience plus everything else in one place yet, but that’s the absolute minimum Apple’s magical wrist computer will need to deliver to break through in an already crowded market. To really make its mark, Apple appears to be aiming past mere fitness and all the way into health.

Over the past year or so, Apple has been scooping up scientists like it’s the end of the world. That includes no fewer than six engineers and executives who have years of experience working on actual medical hardware providing real doctor-level health data. We’re talking about sensors that read your glucose levels through your skin, apps that track your pulse rate. It’s a far cry from a fuel score.

Among the cadre of big brains are Apple’s head of special projects, Jeff Williams, who helped launch both the iPhone and the iPad, and Dr. Michael O’Reilly, who spent nearly half a decade as the Chief Medical Officer at a company that made a pulse-tracking iPhone app before Apple snatched him up last year.

Of course, a product that can poke and prod you that effectively needs FDA approval—otherwise it’ll get shut down right quick. Which is why some of Apple’s biggest wigs have already been in close touch with the regulatory agency.

Exactly what kind of healthy capabilities Apple’s watch will actually have is still a mystery, and will likely come down to design and cost limitations; you can only squeeze so many guts and sensors into a wearable. But it’s a pretty sure thing that Apple’s watch will move far beyond fitness and actually give you real-time information about your day-to-day—hell second-to-second—health.

Your morning meeting has been going on forever; you’re never going to make it to your lunch date on time. You’ll just have to call up after the fact and apologize, again. Here’s to being in the doghouse.

As you pull up your shirt sleeve ever so slightly to glance at the time, you see the text; your date’s tied up too and wants to reschedule for tomorrow. You let out a quiet, relieved sigh. Now that you don’t have to anxiously squirm, you can concentrate on not falling asleep.

Of course, all the diagnostics in the world won’t convince you to buy clunky turd of a wrist gadget. Fitness trackers and smartwatches alike are fighting an uphill battle to look presentable. There’s a big thick line between a glorified calculator watch and jewelry, but Apple’s well-poised to cross it and make something you could conceivably wear to a (non-tech) business meeting. Or even, just maybe, on a date.

Apple’s recently brought aboard fashionistas like former CEO of Yves Saint Laurent Paul Deneve, and incoming Senior VP of Retail Angela Ahrendts, who helped revitalize Burberry as CEO while not completely steering it completely away from its heritage. Clearly, efforts are underway to make sure this health gadget doubles as a luxury piece of jewelry.

So what does this mean for you?

Sounds great, right? Sure! But there are lot of variables between here and there. Even with the perfect piece of hardware—something Apple of all companies is poised to push the limit on—there’s a whole sub-network of data filtering to be put in place. A watch that can read you like a big, sweaty book isn’t worth a whole lot if it doesn’t know what’s actually useful for you to know.

It’s a data challenge, the same kind that had Apple Maps practically dead in the water for months. But this time there’s no room for that kind of error. If you’re going to spring for whatever expensive, futuristic beauty Apple has up its sleeve, it is going to have to work damn near perfectly when it’s up yours.

You don’t need to look much further than elegant it-just-works devices like the iPhone or the iPad or the iPod or the Mac to know that Apple’s got the hardware chops to pull off an iWatch. But where the iWatch wins or loses comes down to having the right people in place to tweak all the minutia to create something that doesn’t just appeal to obsessive nerds or obsessives in general.

Apple already had plenty of the pieces necessary to put together a picture of a smartwatch that makes sense for more than just full-fledged gadget lunatics. And with all the extra pieces it’s been collecting, all that’s left is gluing them together with seamless software and snapping them into an already hyper-popular fleet of fancy future-toys. Say, maybe a smartphone with a fitness tracking chip inside.

It’s a tall order, but it’s easy to see how Apple’s in a position to not only make a watch that’s far smarter than anything out there, but something you can convince yourself you need. Something you’ll never know how you lived without. 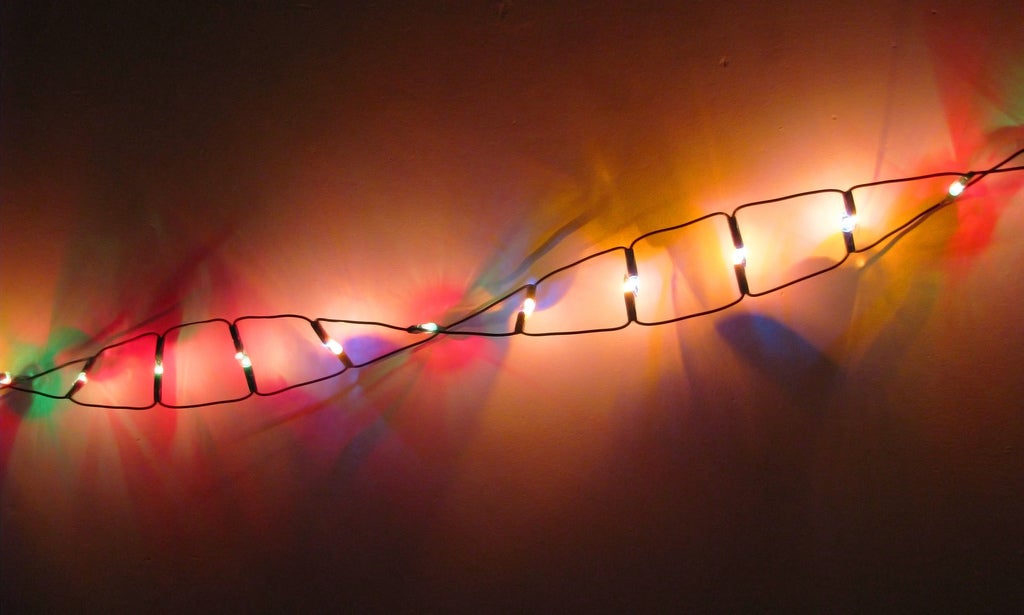 Something’s not quite right about 23andMe’s DNA analysis kits, and the Food and Drug Administration is on it. The agency ordered 23andMe to … Read… 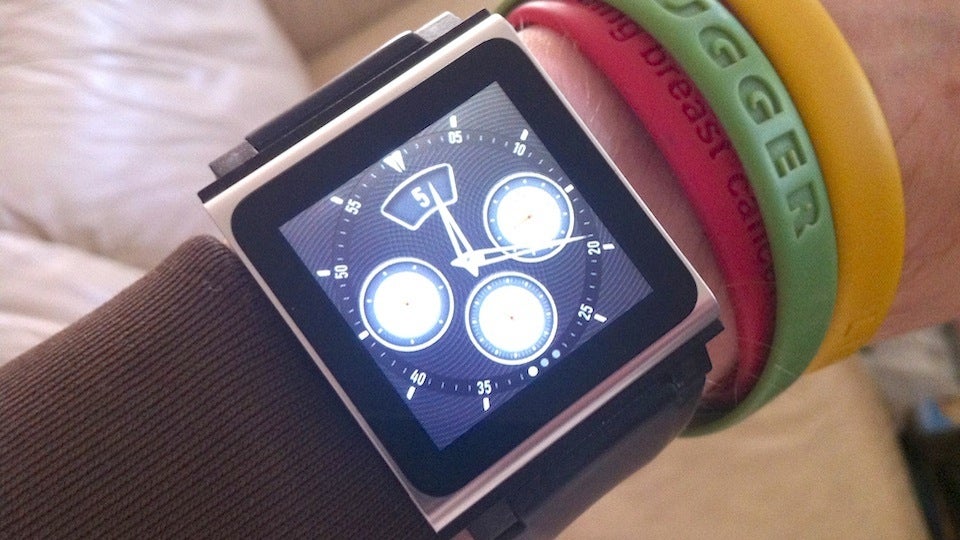 There’s no such thing as the Apple iWatch, and maybe there never will be. But if Cupertino does start selling futurustic Jetsons wrist wear, you … Read… 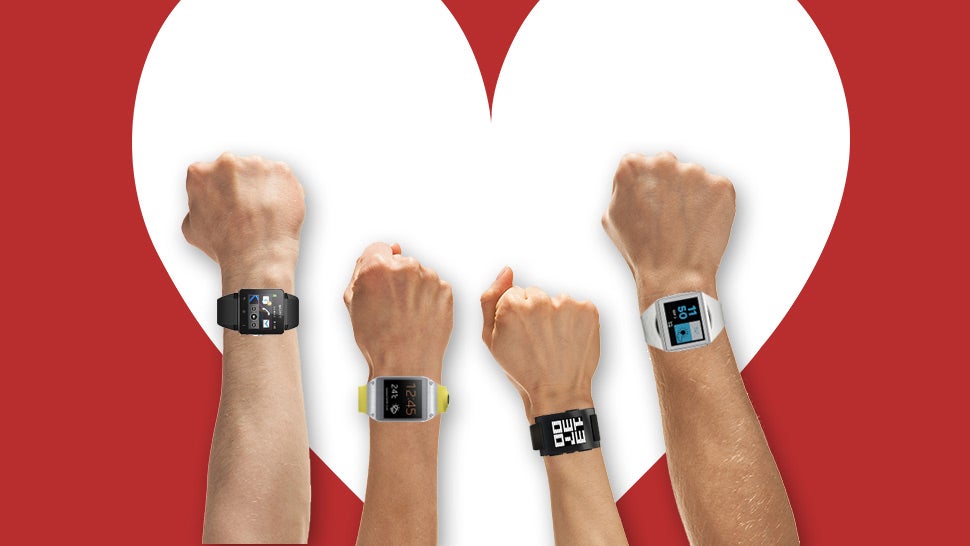 I Actually Really Want a Smartwatch

I think smartwatches are a really neat idea. It’s been made clear to me–on Twitter, in the office, on the internet at large–that a lot of… Read… 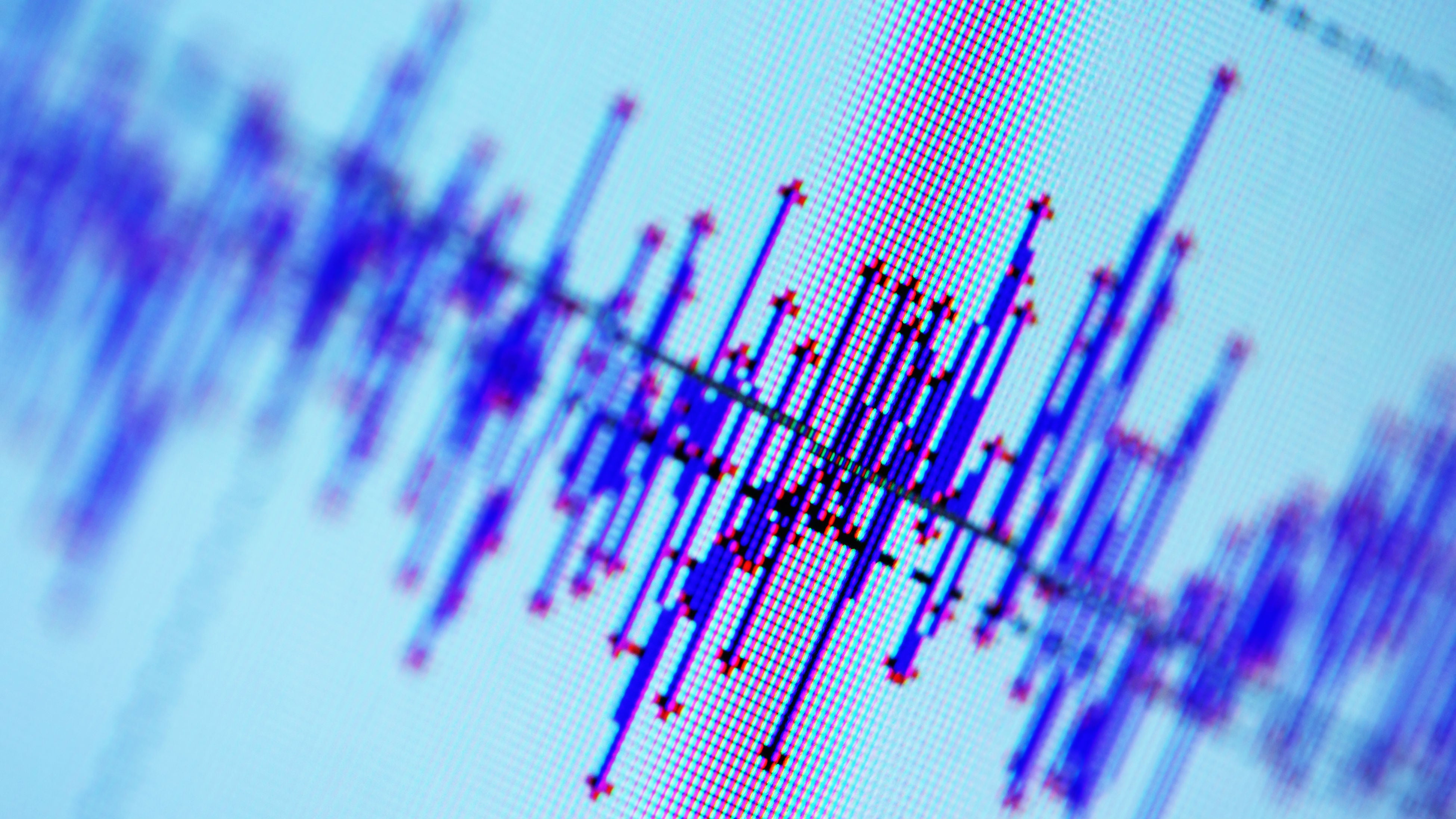 Lead a Better Life by Obsessively Tracking Every Aspect of It

Blame the RPG’s. After a generation of character building and class development in video games, quantifying our own personal stats has become as … Read… 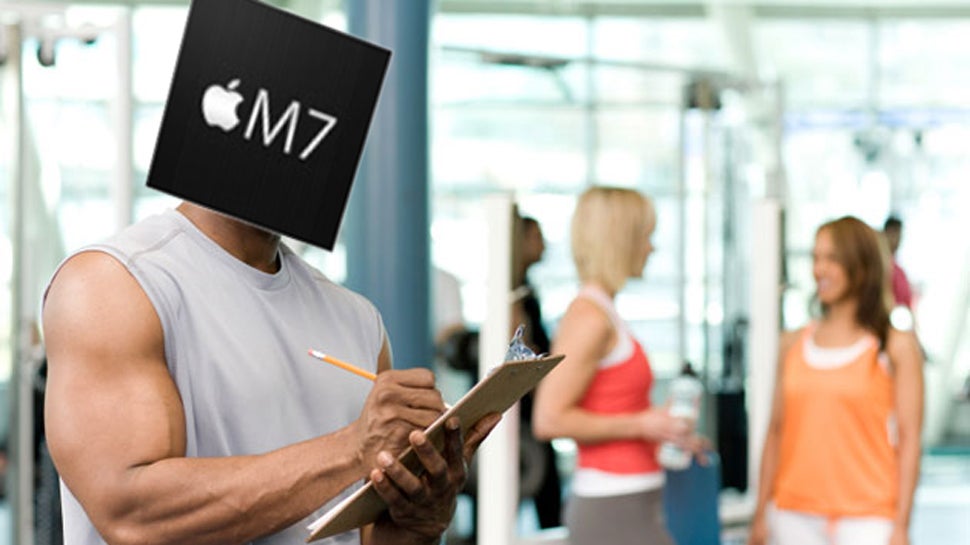 There were plenty of ooo’s and ahh’s at today’s iPhone 5S event, many of them direct at the new revolutionary fingerprint scanner. But … Read…