Today is a very special day for a very special computer. This is the computer that started it all, the device that changed everything, the very thing that kicked off the era of the personal computer. Happy 30th birthday, Macintosh. It’s been quite a trip.

As the Mac puts its tumultuous twenties behind it, now is a good time to reflect on its not-so-humble and actually somewhat controversial beginnings. I’m not talking about 1984, the year of that historic Super Bowl commercial and the Mac’s formal launch. To trace the history of the Macintosh to its very conception, you have to look back to another very special day in late 1979. That’s the day that Steve Jobs made a visit to Xerox’s Palo Alto Research Center, the day the veil was lifted.

At this point in Apple’s history, the company was finishing up a successor to the very successful Apple II: the ill-fated Lisa. But Jobs was already eager to find the next great thing. That’s when he saw Xerox’s Alto computer in action. That’s it to the left. It’s not exactly compact like the Macintosh, but it packed a brand of processing power the world had never seen.

This is actually the computer that started it all. As one of the first computers with a graphical user interface (GUI) and the first one to use the “desktop” metaphor, the Xerox Alto was a personal computer built years before people even knew such a thing existed.

As CNET’s Dan Farber pointed out in a recent post on the history of the Mac, the Alto’s GUI came with such recognizable features as icons, windows (with scrolling!), folders, ethernet-based local networking, a WYSIWYG (What You See Is What You Get) text editor, and a cut/copy/undo feature. There was also a neat little device called a mouse.

Years later, Steve Jobs told biographer Walter Isaacson that his first glimpse of the Xerox Alto “was like a veil being lifted from my eyes.” Jobs said, “I could see what the future of computing was destined to be.” Former Xerox PARC and eventual Apple employee Larry Tessler remembers, “[Steve said] ‘You are sitting on a goldmine. Why aren’t you doing something with this technology? … You could change this world.’ It was clear to him that Xerox was never going to do the kind of revolutionary things he was envisioning.” 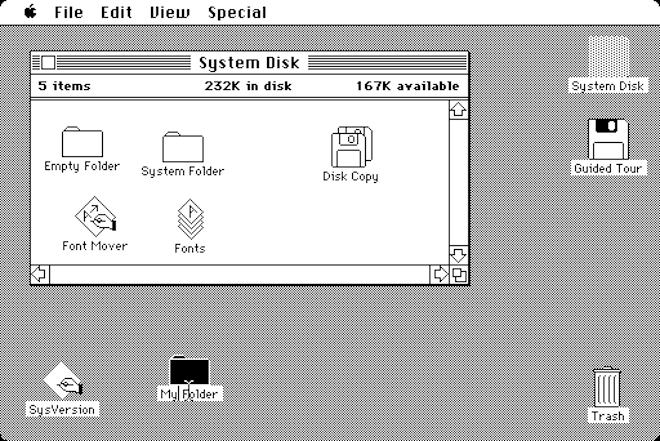 So what did Jobs do? He changed the world himself with the Macintosh. Around the time of Jobs’s visits to Xerox PARC, Apple visionary Jef Raskin had begun work on the Macintosh project with the ultimate vision of creating an affordable, easy-to-use computer. Soon thereafter, in 1981, Jobs directed his full attention to the project, inspired by a host of ideas he’d picked up from Xerox PARC, largely to do with the user interface. The inaugural version of Mac OS included lots of Xerox brainchildren like a desktop, icons, windows (with scrolling!), folders, cut/copy/undo, and, of course, the mouse.

You’re probably already hearing Steve Jobs’s favorite Picasso quote rolling through your head—”Good artists copy, great artists steal.” This was no smash-and-grab job, though. Jobs actually offered Xerox Apple stock in exchange for those visits at Xerox PARC with the understanding that he would implement some of the design in his own computer. And while the Xerox Alto inspired many features of the Macintosh, Apple did plenty to innovate on top of that. Steve Wozniak wrote about the incident on his website:

Steve Jobs made the case to Xerox PARC execs directly that they had great technology but that Apple knew how to make it affordable enough to change the world. This was very open. In the end, Xerox got a large block of Apple stock for sharing the technology. That’s not stealing outright.

That said, Xerox didn’t ultimately feel that way. The company mounted a major lawsuit against Apple in 1989, alleging Jobs and company of using ideas from Xerox scientists for the development of the Macintosh and Lisa software. Xerox also said that Apple “intentionally and purposefully concealed” the link between Xerox’s ideas and the Macintosh and Lisa software. This was not a small lawsuit. In the end, Xerox sued Apple for $150 million for unreceived royalties and unfair business practices.

Xerox ultimately lost its lawsuit, as well as about half of its PARC employees, who went to work for Steve Jobs at Apple. Nearly five years after those initial visits, that Super Bowl commercial started the Macintosh revolution. The computer itself went on sale January 24, 1984, introducing the world not only to the many convenient features of the GUI but also the 3.5-inch floppy drive. Sales soared at first, although they later tapered off, eventually leading to Jobs being ousted from the company he founded. 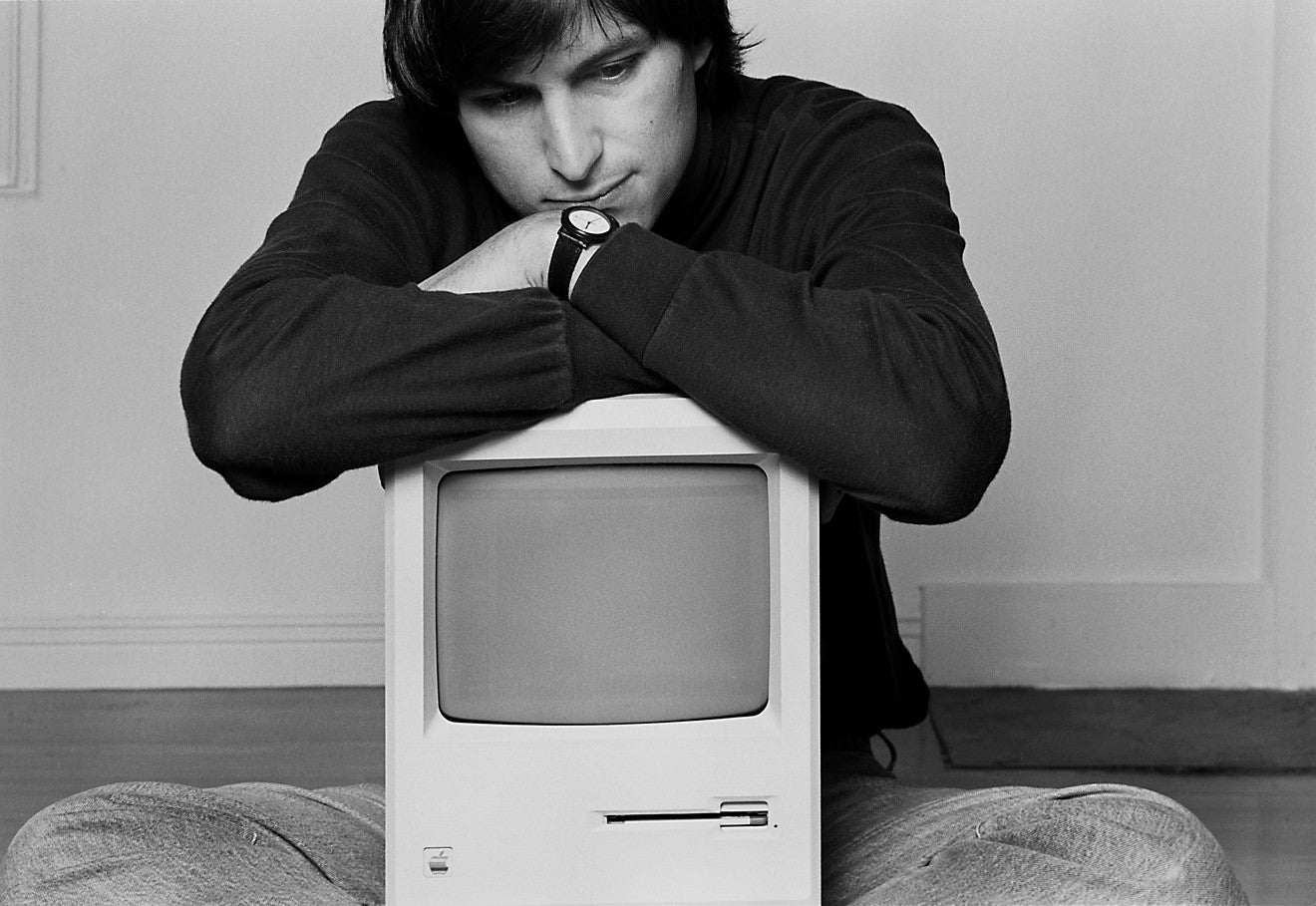 But! The Macintosh did change the world. It made computing affordable and accessible, and the many hardware and software breakthroughs—borrowed as they may have been—served as inspiration for countless other programs, including Windows. It also set up a pattern that led Apple to some of its greatest successes. Fifteen years ago, countless MP3 players on the market stored and played music, but the iPod did it better. Ditto for the iPhone and smartphones, as well as the iPad and tablets.

So call it stealing or call it innovating. Or heck, call it good business. But remember that the Macintosh was a truly revolutionary device, one of many that Apple has packaged and sold to us over the years. It’s just that not all revolutions start where you might think. 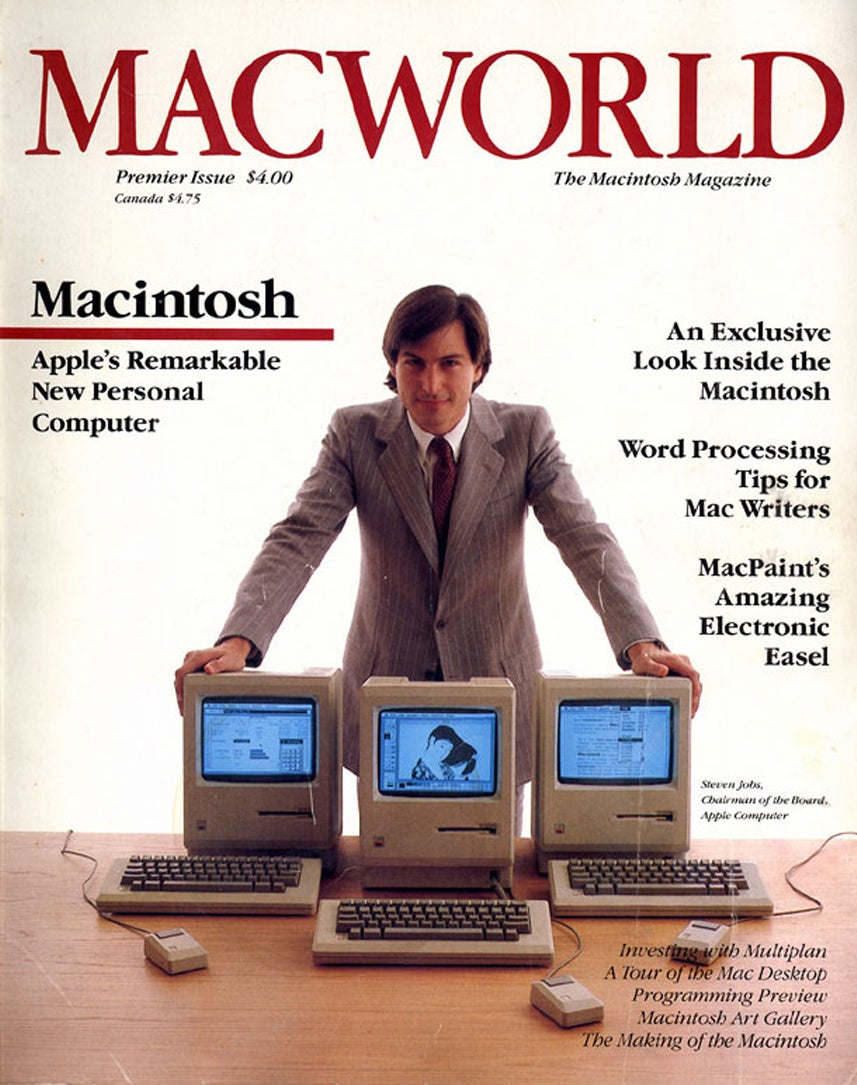