S As promised , Flappy Bird creator Dong Nguyen has removed his torturous app from Apple’s App Store. Flappy Bird is gone. It is survived by knockoffs like Clumsy Bird and Happy Poo Flap , and by the nightmares and thumb pain it has caused you these last few weeks. As promised, Flappy Bird creator Dong Nguyen has removed his torturous app from Apple’s App Store. Flappy Bird is gone. It is survived by knockoffs like Clumsy Bird and Happy Poo Flap, and by the nightmares and thumb pain it has caused you these last few weeks.

MacRumors first noted that while the removal is still rolling out, the app no longer appears in App Store search or in the Top Free Games listing. It’s also missing from a “Flappy Bird” search in Google Play, though for now it still shows up in the Top Free Apps chart there. Its death was as swift as one of its runs.

It’s still not entirely clear why Nguyen is abandoning his $50,000-a-day ship. The developer cited discomfort with all of the attention he had been getting:

I can call ‘Flappy Bird’ is a success of mine. But it also ruins my simple life. So now I hate it.

And also hinted that he may feel some guilt over how obsessed people have become with his creation:

@misterlukeherb @kotaku Not because of them but because how people use my game. They are overusing it.

Both of which are totally valid reasons, although they gloss over another consideration: That Flappy Bird borrows quite heavily from the world of Super Mario, and it’s only a matter of time before the spotlight draws the attention of Nintendo’s IP lawyers.

Of course, removal from the App Store doesn’t mean total extermination. If you’ve already downloaded Flappy Bird, you’ll be able to keep flapping for just as long as you keep it on your phone (and presumably, Nguyen will continue to make ad revenue off of those installations). Although to be honest, you might want to go ahead and delete it; after Dr. Frankenstein abandons his monster, the villagers don’t tend to last. 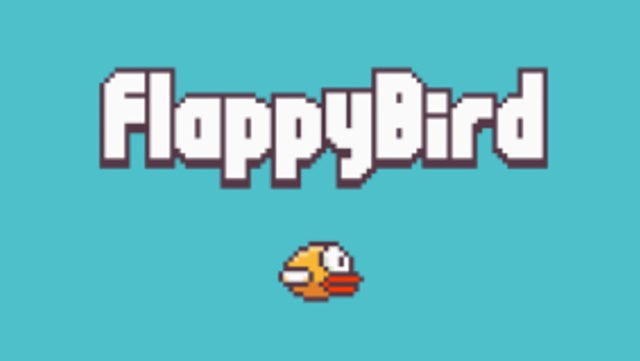 A tweet from Dong Nguyen, creator of the maddening and virally popular game Flappy Bird, says the game will disappear from the Android and iOS app… Read…